Statement and Call to the Conference 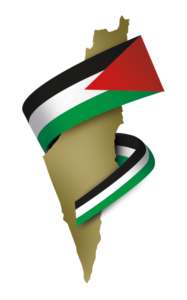 Statement and call to participate

(Towards a new revolutionary commitment)

For many reasons that are widely known to the Palestinian people inside and outside Palestine, in the homeland and in the diaspora, the “negotiations process” with the Zionist entity that publicly launched 30 years ago in Madrid, Spain, along with the Palestinian political approach represented by the leadership of the Palestinian Liberation Organization on its path to the disastrous Oslo accords, has arrived to its expected conclusion: utter failure. On the other hand, this path of devastation has produced a net profit for the Zionist entity, allowing it to achieve major strategic gains.

The “Madrid Peace Conference” conducted at the end of October 1991 was a natural outcome of the development of the official Palestinian and Arab policies and positions, beginning in 1974, yet marked a dangerous turning point in the path of the Palestinian cause and was a milestone of a great decline and retreat in the Palestinian, Arab and international arenas. Our people remember how the official Arab delegates attended and sat at the same table with envoys of the Zionist entity, for the first time in the history of the Arab-Zionist struggle, in front of the eyes of the world. This marked the official and comprehensive break with what was once known as the “three no’s” of Khartoum: No negotiation, no reconciliation, no recognition.

The Palestinian delegation also attended this conference, under the cover provided by the Jordanian regime, bypassing the decisions of the Palestinian National Council and abandoning the unity of representation of the Palestine Liberation Organization. The conference was also a net profit for US imperialism, and a historical turning point, at a defining moment when the United States was preparing to dominate a unipolar world after the first Gulf War and the disintegration of the Soviet Union and the socialist camp, and the consequent fundamental changes in the balance of power at all levels, international, Arab and Palestinian. .

Thus, nearly three decades have passed since the Madrid Conference was held under US sponsorship in October/early November 1991. Almost 27 years have passed since the Oslo process of liquidation. This means that a new Palestinian generation has been born in the homeland and the diaspora, and the number of the Palestinian people has doubled from about six million to about 13 million, and it has become a natural right, yet also a national duty, for this new Palestinian generation to assume its national responsibility and carry the flag of the Palestinian struggle and the banner of liberation and return, liberating the popular potential to confront the projects of destruction, normalization and liquidation.

Achieving this goal requires taking up this national responsibility at the individual and collective levels. It also requires collective convergence and cooperation to achieve a clear framework of struggle and direct and strategic objectives. Above all, it requires a willingness to sacrifice and  broad popular participation in rebuilding our national and popular institutions on the one hand, and confronting the Zionist movement, its institutions and its racist colonial entity in occupied Palestine on the other hand, without neglecting the need to confront simultaneously the project of the Palestinian class that monopolized political decision-making and squandered the sacrifices of the Palestinian people. The major national achievements of the people were destroyed and this sector established, through the disastrous Oslo Accords, a powerless and illegitimate authority, which is the authority of “limited self-government” in areas and cities within the occupied Palestinian West Bank.

The Palestinian people today realize, in light of this long and bitter experience, that the state of division and collapse that befell the official Palestinian establishment (the PLO) was, in fact, the result of official Palestinian, Arab and international policies that began with the call to the 1973 Geneva Conference and the PLO leadership’s adoption of the so-called “Palestinian state” and the Ten Point Program of 1974, the exit of the Anwar Sadat (Camp David) regime from the arena of the Arab-Zionist struggle in 1977, and the covert and overt participation in countless liquidation projects, in turn, perpetuated the exclusionary corrupt approach in the Palestinian arena that struck at the foundations of the popular unity of the Palestinian people, spread weakness and internal conflicts, and established the policy of exclusivity and domination, spreading the culture of submission and the worship of the individual-leader. This also emptied our national institutions, our unions and popular frameworks of their revolutionary democratic content.

This destructive approach is the same that opened the door widely to normalization between the Arab regimes and others with the Zionist occupation entity, contributed to spreading the culture of defeat, and legitimized security cooperation with the Zionist enemy apparatus, targeting the resistance of our people and their national and revolutionary vanguards.

We look forward, at this historic moment in the path of our people, to a new phase of struggle, and our eyes turn towards the young Palestinian generations in particular, to take up their leadership role, participation and mobilization for the “Alternative Palestinian Path” conference that will be held from October 31 to November 2, 2021 in Madrid, leading this popular Palestinian effort and moving it towards achieving all of the national goals of the Palestinian people. We also hope that our conference will be an occasion for responsible democratic dialogue, where the role of individuals and institutions can be developed alike.

The role of Palestinian and Arab youth in charting our new path, and in defining its current and future milestones, is a fundamental issue, not merely an intellectual luxury or a theoretical slogan. This role is the necessary condition for liberating the voice of the Palestinian people, expressing their unified popular will, and generating a reliable and unified collective national leadership that believes in dialogue and collective action, that emanates from among the masses and from the arenas of struggle and direct comprehensive confrontation against the Zionist movement and its allies in the region and the world.

We call on the masses of our Palestinian people, and all student, youth and women’s organizations and movements, and civil and popular institutions throughout the diaspora, for unity, cooperation and active participation in launching the widest popular, Palestinian, Arab and international movement, that breaks with the constraints of the previous phase and the Madrid-Oslo approach, and establishes a news stage of struggle, through broad popular participation in the “All of Palestine Conference, All of the Palestinian People, All Palestinian Rights … The Alternative National, Popular and Democratic Conference.”

Let us participate together in making this historic occasion, which we hope will be a popular base for an initiative of renewal for the national movement in the diaspora, and a milestone in the history of our people, on the road to achieving all our goals and our rights through liberation and return. Let us restore the foremost priority to the revolutionary human principles and values ​​of the Palestinian experience, and let us promote the values ​​of volunteer work, sacrifice, solidarity and equality.

On the anniversary of the fateful Balfour Declaration on November 2, 2021, the last day of our conference, a mass popular march will take place towards the British Embassy under the slogan: Your colonial project will not pass in Palestine … We will not forget and we will not forgive!

On the anniversary of the Madrid liquidation conference, we will shout with a unified voice: Your racist Zionist colonial project will not pass in our homeland, Palestine!

There is no alternative – except for Palestine, liberated from the river to the sea

Glory and eternity to the martyrs

Freedom for the prisoners

The struggle of our Palestinian people continues everywhere

Let us continue our path towards liberation and return

Together we win, and we win only together